What is a 'Rights Respecting' school?

In 1989, governments worldwide promised all children the same rights by adopting the UN Convention on the Rights of the Child, also known as the CRC or UNCRC. The Convention changed the way children are viewed and treated – in other words, as human beings with a distinct set of rights instead of as passive objects of care and charity.

These rights describe what a child needs to survive, grow, and live up to their potential in the world. They apply equally to every child, no matter who they are or where they come from.

At The Willows Primary School, we are committed to placing the UN Convention on the Rights of the Child at the heart of our core values and ethos; believing children’s participation is integral to all aspects of school life. The result is a raised sense of security and self-confidence which allows them to take the next step in advocating the rights of children everywhere.

The CRC consists of 54 articles. A ‘child’ is defined as every human being below the age of 18. The key provisions are:

In November 2018 The Willows was re-accredited the Gold Level Rights Respecting School Award. As part of our assessment Unicef set us a further challenge to learn more about the Global Goals for Sustainable Development, and to work together with more schools. As a result of this we launched a Manchester schools Rights Respecting Parliament. 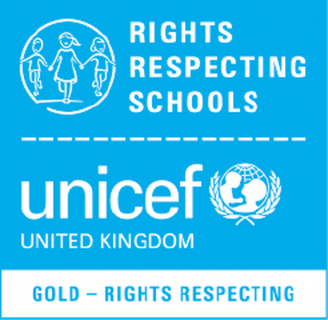 On 25th January 2019, we met the fifteen othr schools at Manchester Enterprise Academy (MEA). There, we discussed the 17 Global Goals with a range of children. We also met Mike Kane, the MP of Wythenshawe. At the end of the day we voted on what we thought were the most important top five Global Goals.

At Ashbury Meadow Primary School , (in May) we learnt many more pieces of information about the top five Global Goals. These were climate change, no poverty, health and wellbeing, gender equality and clean water. People from all the schools voted for our Pupil Parliament Logo. Finally the winner was declared.

On the 19th June we went to St Mary’s Prmary School and designed a mind map in pairs about poverty and climate change. We worked with other schools.

On 26th September we went to Manchester Council Chamber. We listened to speeches from Paul Marshall, Head of Childrens’ Services for Manchester and from Councellor Eve Holt. In teams we prepared campaign speeches and chants to be ready for Day 6, when we will take our campaign to the streets to celebrate 30 years of children’s rights on November 20th.

We had a very early start to our day; we had to be at school by 7am so we could run through our busy day in London. The minibus arrived at school to take us to Stockport train station where we boarded a Virgin Trian to Euston. The journey took us a little over two hours, however the time passed quickly because we wrote stories, told jokes and played cards. We soon arrived at London around 10am and headed straight for Parliament.

Whilst in Parliament, we were lucky enough to walk up the actual staircase that the Queen will walk up on the 14th October this year, when she will re-open Parliament. (Not many people can say that!)

The houses of Parliament

The house of lords is the place where the government debates; create rules and laws. There is a large, golden throne where the Queen sits and two smaller seats by her side for her two eldest children. All the other seats are the colour red (This is because red is a royal colour and it indicates nobility in Britain)

The House of Commons is where the M.Ps sit and debate. (royalty is not permitted in there) There are 650 M.Ps. Our local M.P for Wythenshawe and Sale is Mike Kane, who is a politician for the labour party. All the seats in the house of commons are green. (although there are many theory’s, people are still unsure why they are green.)

Central lobby located in Parliament is very much like an office, however is enormous compared to an office in school; it is much more decorative and detailed.

During our workshop, we split into three teams and voted for a team leader. Afterwards, we took part in a quiz and had to answer questions correctly about many things: famous buildings, what people are doing in the pictures and about certain ways to campaign. For each question we got right we got one ball in our team’s coloured bucket- at the end of the quiz we counted up the balls and the team with the most won the quiz.

Once we had completed the workshop, we decided as a team how we would campaign to get our word across. There are many ways you could do this: A campaign bus, contact your local M.P, start at petition (get lots of signatures) or involve a celebrity.